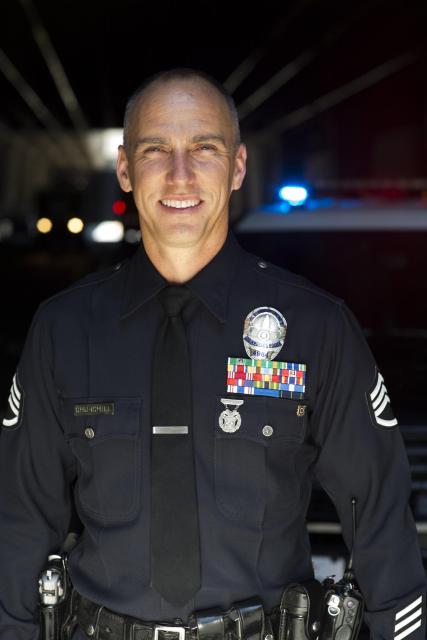 Brian Churchill is a Sergeant-II with the Los Angeles Police Department, assigned to Training Division where he is charged with leading the LAPD Leadership Program.

From 2018-19, Brian was a White House Fellow working as a Senior Advisor for the Indo-Pacific with the Overseas Private Investment Corporation, formerly the US Government’s development finance institution. He authored the Administration’s strategy for development finance in the Indo-Pacific, co-wrote bilateral and multilateral agreements between the US and Singapore, Japan, Australia, and the Asian Development Bank, led the team that financed $1bn of strategically vital projects to national security, and conceptualized the Blue Dot Network – the US strategy to create sustainability, transparency, and prosperity in emerging markets.

Previously, he was assigned as an officer-in-charge of LAPD’s Media Relations Division, worked as an Assistant Watch Commander, Gang Enforcement Detail OIC, Archangel Officer, FTO, and as Patrol Officer. Concurrently, he serves as a Lieutenant Commander in the United States Coast Guard Reserve, assigned to Sector Los Angeles-Long Beach. He began his military service in the California Army National Guard, where he was deployed to Kosovo.

On behalf of the Organization for Security and Cooperation in Europe, he developed policy for the Ukrainian Ministry of the Interior to enhance freedom of the press and establish cooperation between media and law enforcement. He has recently worked with the Ministry of Information in South Sudan’s Eastern Equatoria State to provide equipment and guidance to state officials. He also conducts leadership training throughout the United States, Latin America, and Europe.

Brian volunteers with the Sister Cities Organization, Boy Scouts of America, and other youth programs in the Los Angeles area. He earned a Master of Science from the University of London’s Centre for Financial and Management Studies and a Bachelor of Liberal Studies from Boston University.