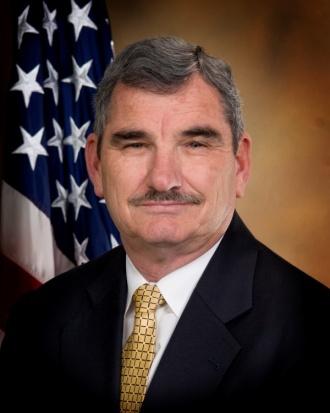 Commissioner Zimmon was elected to the Los Angeles Board of Fire and Police Pension Commissioners effective July 1, 2019.

Prior to becoming a Commissioner, Mr. Zimmon had a 37 year career at three law enforcement organizations.

He joined the LAPD in 1973 and retired in 2002 at the rank of Commander. In his LAPD career, he worked assignments in patrol, administration, and detectives.  A few key LAPD career highlights include overseeing the development of a strategic plan for the LAPD, the implementation of Community Policing throughout the agency, and the assimilation of another law enforcement department into the LAPD. In his last assignment at the LAPD, Mr. Zimmon was directly responsible for managing the specialized detective divisions within the Detective Services Bureau.

Commissioner Zimmon retired from the LAPD to assume the position of Chief of Police in San Bernardino, California, where he oversaw an agency of approximately 350 employees.

In 2008, Commissioner Zimmon became an Assistant Director in the International Criminal Investigative Training Assistance Program (ICITAP) of the US Department of Justice. In that role, he oversaw all ICITAP law enforcement assistance and development programs for the Europe, Eurasia, Latin America, and the Caribbean regions of the world.

He possesses a master’s degree in Public Administration from the University of Southern California, and a master’s degree in Management from California State Polytechnic University, Pomona.  He also holds certificates from a number of nationally recognized programs, including the Harvard University Kennedy School Program for Senior Executives in State and Local Government, the California Peace Officers Standards and Training (POST) Command College, and is a graduate of the 134th Session of the FBI National Academy.