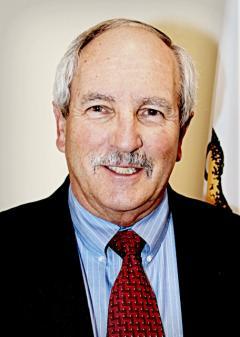 After 32 years of service, Commissioner Ken Buzzell retired from the Los Angeles Fire Department (LAFD) in 2007 as a Captain 2. During his tenure on the LAFD he was certified as both an EMT and Urban Search and Rescue Technician.

Commissioner Buzzell has served as the retired Fire Department representative on the Board of Fire and Police Pension Commissioners since first being elected in October of 2017.

Mr. Buzzell has an extensive background in leadership and administration.  He was a member of the executive board of the United Firefighters of Los Angeles City, Local 112, International Association Fire Fighters (IAFF), for 24 years, where he served 10 years as President and 18 years as the local’s chief negotiator. Other significant service included three years as the 8th District Vice President of the California Professional Firefighters (CPF), IAFF; eight years as an executive board member of the Los Angeles Retired Fire and Police Association; ten years as an executive board member of the National Conference on Public Employee Retirement Systems (NCPERS); five years as the co-chairman of the NCPERS Trustee Education Seminar (TEDS); and three years as the International Association of Fire Fighters (IAFF) representative on the National Fire Protection Association’s 1710 Committee that developed the Standard for the Organization and Deployment of Fire Suppression Operations, Emergency Medical Operations, and Special Operations to the Public by Career Fire Departments.

Prior to joining the LAFD, Commissioner Buzzell worked three years in management as a Labor Relations Representative at the B-1 and Space Divisions of Rockwell International, Inc.

Mr. Buzzell is a graduate of UCLA with a B.A. in Psychology and a M.S. in Management.