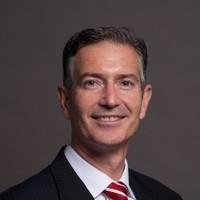 During his tenure at LAFPP, many milestones were achieved including the implementation of a new pension administration system, the purchase of a dedicated LAFPP administration building in the Los Angeles Arts District, ten-year average returns of 9.95%, total fund asset growth from $18 billion to $30 billion, and a funding status increase from 83% to 96%. The continued progress of the department’s business continuity plan was the key to continuing essential services to our members without interruption during the COVID-19 restrictions.

During his closed session retirement announcement, Ciranna expressed it was his great honor to serve those who protect the City of Los Angeles and thanked the Board and staff for their incredible dedication to LAFPP members. Ray said, “Out of my 32 years of service with the City, the last nine as GM of LAFPP have been the most rewarding because of the staff, the Board, and our members.”

LAFPP Board President Brian Pendleton said, “Ray’s extraordinary impact on LAFPP will be felt for years to come. The staff he assembled, trained, and supported are the best in the business and despite Ray’s departure his legacy will live on.”

Ray Ciranna will depart his position at the end of September. The nine-member Board of Commissioners will begin its meticulous process to select a new GM immediately.